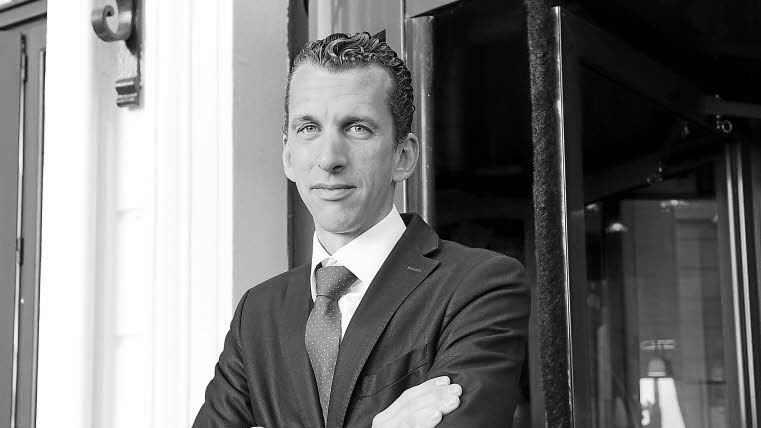 After 16 years in the Barrière Group, Thomas Gille is now General Manager of Château des Tourelles, hotel thalasso in La Baule bay. He graduated from the Luxury Hotelschool in 2002. He carries out several placements before being hired by the Barrière Group in Enghien-les-Bains.

In 2008, he left for Marrakech where he participated in the opening of the Naoura Barrière, the first establishment of the group abroad. He remained there for 8 years as deputy director and director of operations. Last adventure in the group: the Grand Hotel in Dinard, as general manager. In 2017, he sets himself a new challenge by joining the Chateau des Tourelles: “My training and my experience allowed me to take the direction of this magical establishment with innovative concepts where codes of luxury, detail and customer well-being are all important!”

Graduated from our school in 1997, Laetitia Forbes has since evolved into two of the most famous Palaces in the world: the Hotel de Crillon, A Rosewood Hotel (from 1997 to 2004) and the Hotel Le Meurice (since 2004). She is the Director of Events at Le Meurice. “I entered the world of luxury thanks to the Luxury Hotelschool and my placement in prestigious institutions. When my last tutor joined the Crillon, he took me into his team.”

Today, Laetitia takes on exhilarating challenges every day and organises tailor-made, unique events for a demanding clientele at Le Meurice. “I have Le Meurice in the blood. It is a hotel that challenges itself perpetually and does not rest on its achievements. Dean of the Parisian Palaces, with a soul and authenticity unparalleled, he nevertheless evolves with his time through a contemporary touch. It participates in the promotion of the French way of life to its international clientele.” 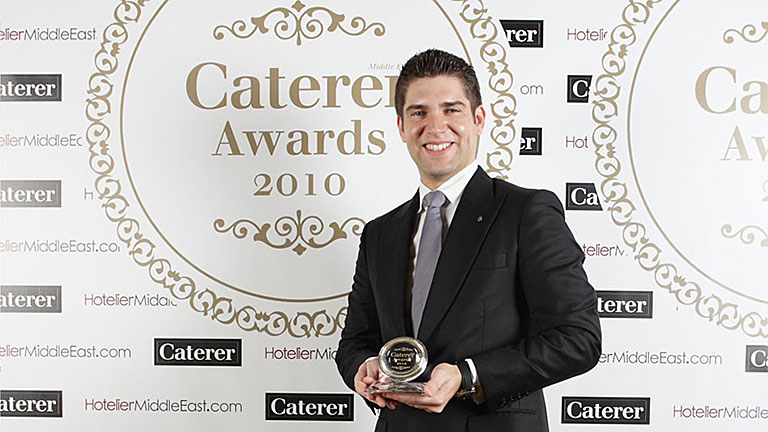 Etienne has been Executive Director of Food and Beverage at Burj Al Arab, an iconic hotel in Dubai, where he was leading a team of 650 people. He is now hotel manager for La Mamounia in Marrakech, another mythical hotel. After graduating in 2003, he started his career in the UK as a restaurant manager at Hilton, then he moved to Dubai after 3 years and he quickly became Director of Food and Beverage for the Fairmont. Etienne received the Middle East Restaurant Manager Award in 2010 (photo) and the year before Best Hope at TimeOut magazine awards. “The Luxury Hotelschool allowed me to structure my passion and to acquire the basics essential to a career in the luxury hotel industry. I have great memories of my years on campus and in many ways, the quality of teaching and faculty support has given me the confidence to work for challenging institutions.”

Julien is General Manager of the Es Saadi Palace in Marrakech, he was formerly General Manager of the Hôtel du Golf Barrière, a luxury hotel of 170 rooms in the heart of the Deauville golf course. In 2014, Julien was named Director of Operations of Normandy Barrière, an iconic 5-star hotel in Deauville. He had been for 3 years Deputy Director of Le Normandy. Julien graduated in 1999 and began his career as a restaurant manager for the Hyatt Group in Paris. He worked for several Palaces in France before joining the group Lucien Barrière in 2011.

“After graduation, I started working for Shangri-La Paris as events and group sales coordinator, thanks to my school that helped me get the interview.”

“I was most impacted by the course on leadership. It changed the way I consider and manage people. The school served as a springboard to help me enter the world of hospitality.”

“We had lecturers with a professional hospitality background and in the Master's degree, lecturer that are doing research, from all over the world. It brings you something more.”

Alumni news and interviews are published regularly on Instagram.

If you have a LinedIn account, you can learn more about our alumni on LinkedIn.

Each year, a luxury hotel sponsors the graduations and signs the diplomas as did the Ritz in 1996, Crillon in 1997, Lutetia, Le Bristol, Shangri-La Paris, Park Hyatt Paris-Vendôme, Prince de Galles, Raphaël, Fouquet's...